Béziers old town is packed with historical monuments you’ll love exploring. Whether it be the Canal du Midi itself, its bridges and locks or Béziers Cathedral, Allées Paul Riquet and Jardin des Poètes.

Classified as a World Heritage Site by UNESCO, it takes on a colossal dimension in Béziers, as inteThe UNESCO World Heritage site takes on a whole new dimension of epic proportions in Béziers, just as its homegrown creator wanted it: Pierre-Paul Riquet! The Fonseranes 9 Locks – Monument Historique, Grand Site d’Occitanie – form the Canal du Midi’s most impressive structure and provide unobstructed views of the town. Let’s not forget the Canal Bridge, Quai Port Neuf and many more.

Standing proudly at the top of Béziers, this first became an Episcopal church in 760. Originally a Roman temple, then a Romanesque church, it was destroyed when Béziers was sacked in 1209. The present cathedral dates from the 13th and 15th centuries.

Don’t miss: the view from the top of the central tower. Its unfinished cloisters give access to the Jardin des Evêques (Bishops’ Gardens), which are terraced, with views across the plain of the river Orb and the Mediterranean sea. 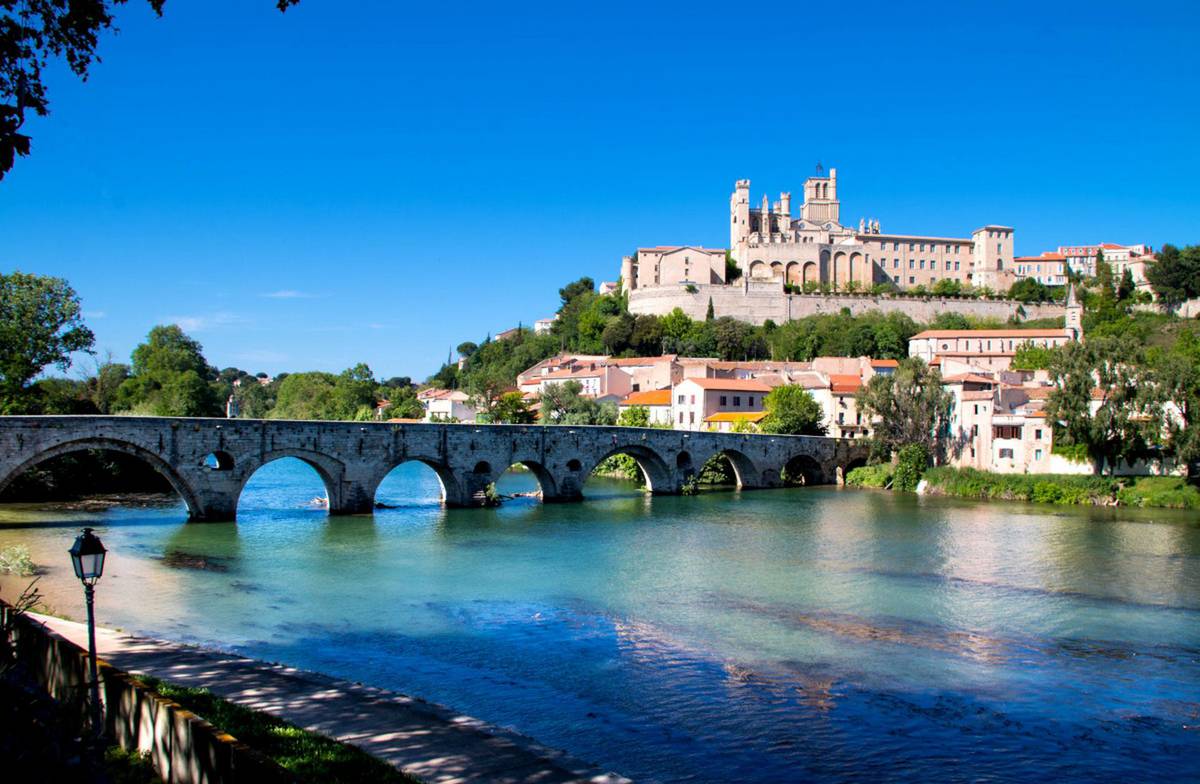 View of the acropolis of Béziers 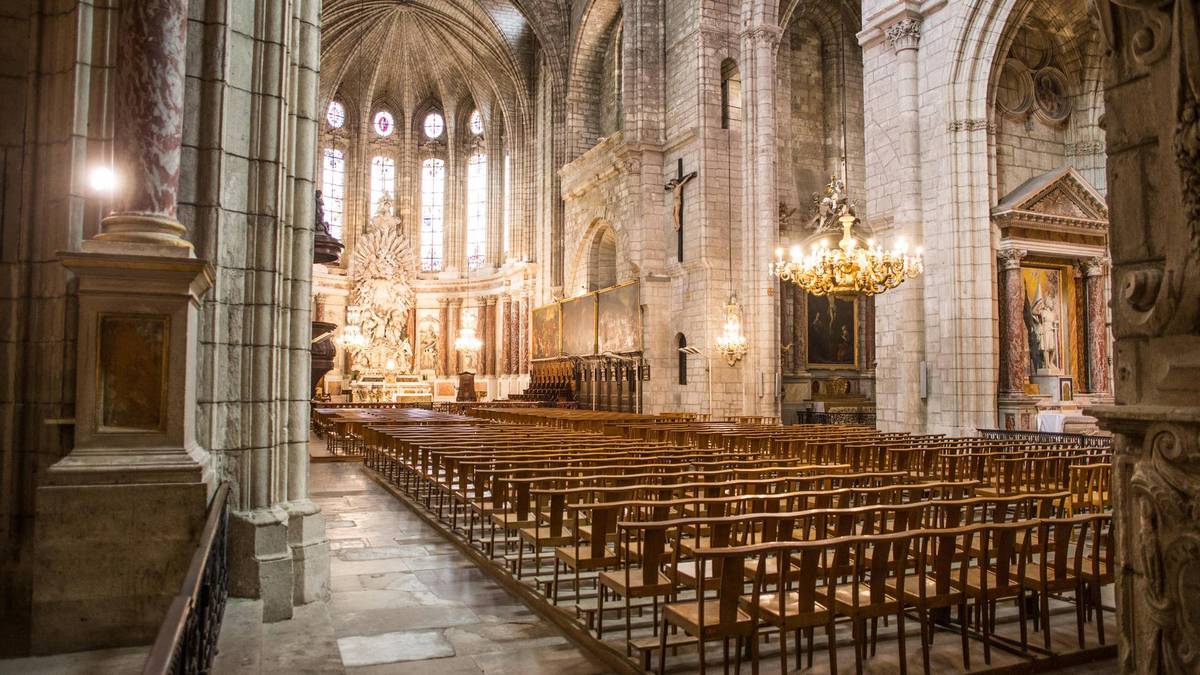 The nave of the Saint Nazaire cathedral 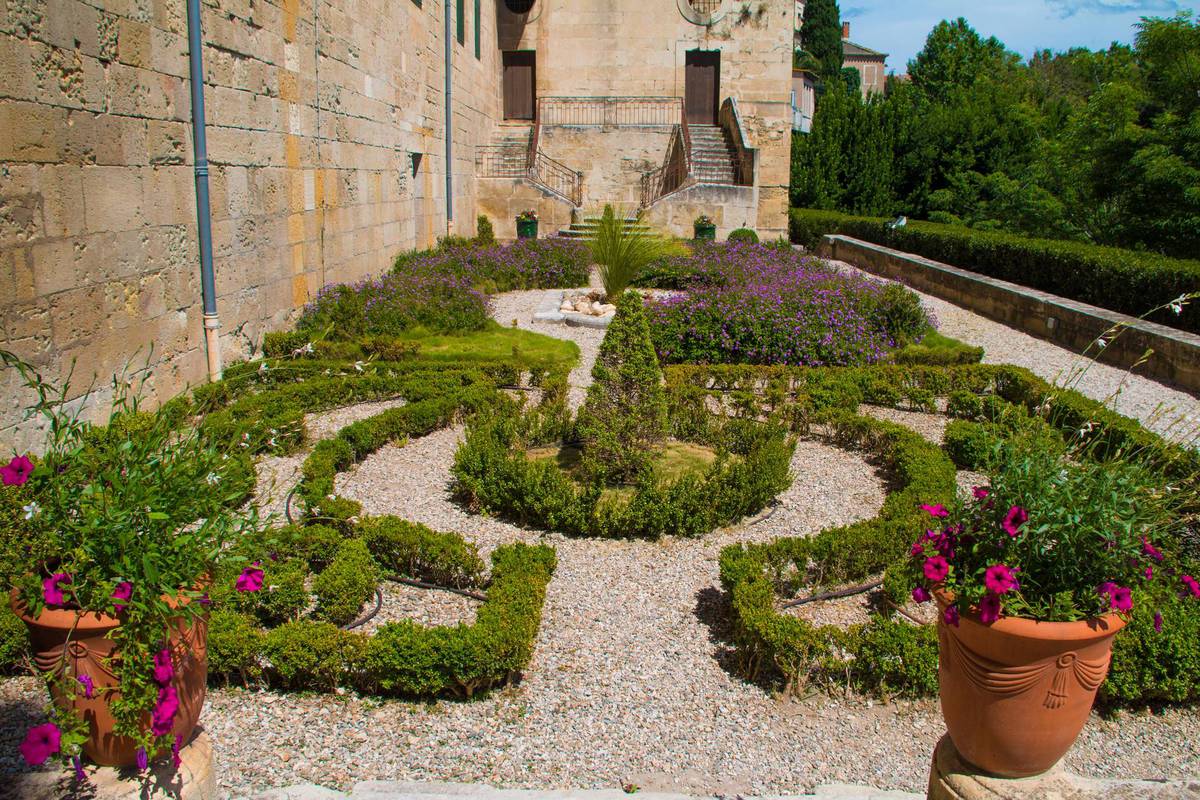 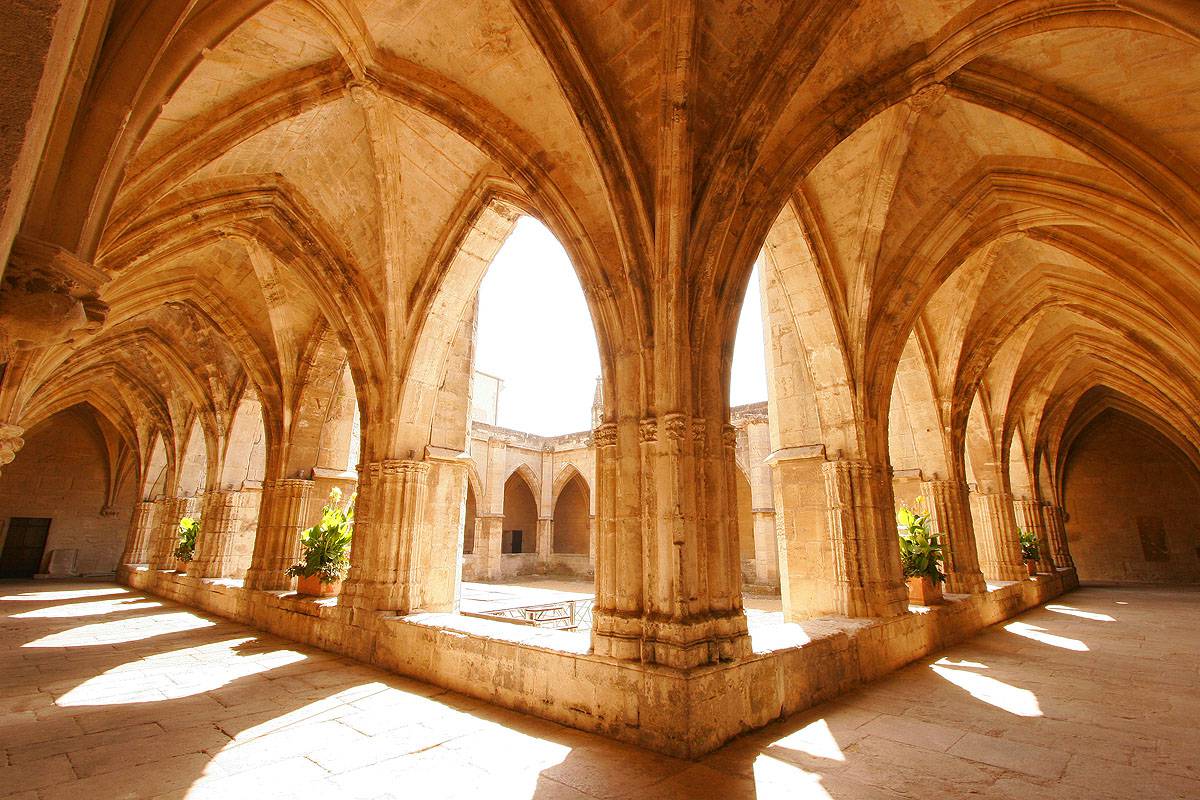 The cloister of the Saint Nazaire cathedral 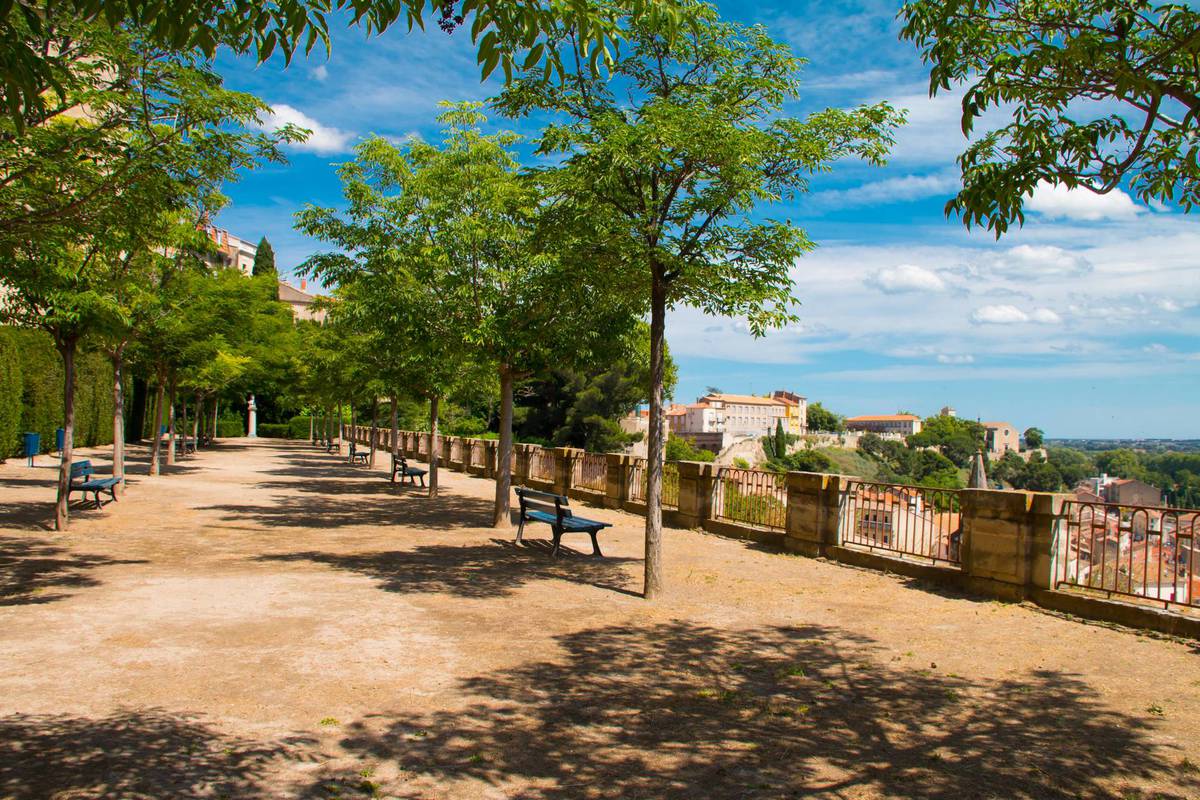 Walk in the Bishops’ Garden

Dating back to the 19th century, this is a testament to the fortunes of Béziers’ wine-producing families. Their mausoleums have been decorated with weeping and recumbent statues by artists such as Injalbert. This is Béziers’ answer to the famous Père-Lachaise cemetery in Paris, but with cypress trees and mountain views…

Don’t miss: the statue of Notre-Dame-du-Moucadou, the granter of wishes.

You can’t miss this! A feat of 12th century engineering with its15 arches, measuring 241 metres long, this was for a long time the only river crossing on the way from Marseilles to Toulouse. Charles VII and Louis XI praised it, in letters sent to the Consuls of Béziers, describing it as a bridge “of great antiquity, sumptuous and a triumph of construction”. It was listed as a Historic Monument of France in 1963.

Wonderwalls! 16 walls in town are adorned by trompe l’oeil paintings depicting Béziers and its “famous children”: Jean Moulin and Jean-Jacques Dortous de Mairan, Molière and the revolt of the Languedoc winegrowers (1907), Trencavel le Rebelle and the Ways of Saint James… Pick up a map and take your time seeing what the walls have to say.

This avenue was created in 1827 above the former, filled-in ditches of the town ramparts (which were razed to the ground in the 17th century). Bordered with restaurants, terraces and shops, it is Béziers’ main thoroughfare. A statue of Pierre-Paul Riquet, sculpted by David d’Angers in 1838, stands here.

Don’t miss: the delightful flower market on a Friday. At the end of the Allées is the Municipal Theatre, built in 1844. With an auditorium that can seat 500 people, this is the only theatre of its type in France which still has its ‘candy box’ interior decoration.

Designed to connect the train station to the Allées Paul-Riquet in the 19th century. Created by the Bühler brothers (who were responsible for the Bois de Boulogne in Paris), this public garden was named after the collection of busts of Béziers poets to be found along its paths, dominated by the Fontaine du Titan – a huge fountain sculpted by Injalbert.

Don’t miss: the colossal and magnificent Fountain of the Titan sculpted by Jean-Antonin Injalbert from Béziers. 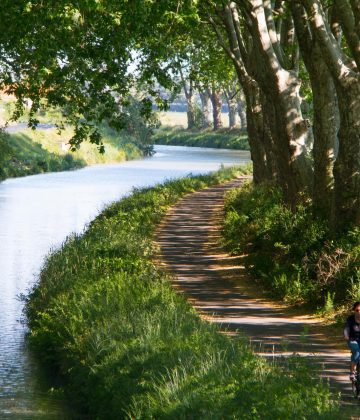